List of stations on the Metro Line B of Rome

Line B of the Rome Metro connects the city from south to north-east, where it divides into two branches, one to the east and north-east. Its terminus are: Laurentina, in the district Julian-Dalmatian, Rebbibia Bashful Bridge in the district, near the eponymous prison, and Conca d’Oro, in the Monte Sacro neighborhood.
Has 25 stations and is characterized by the color blue, which is marked on the maps. The blue color is also used for the decoration of line trains. 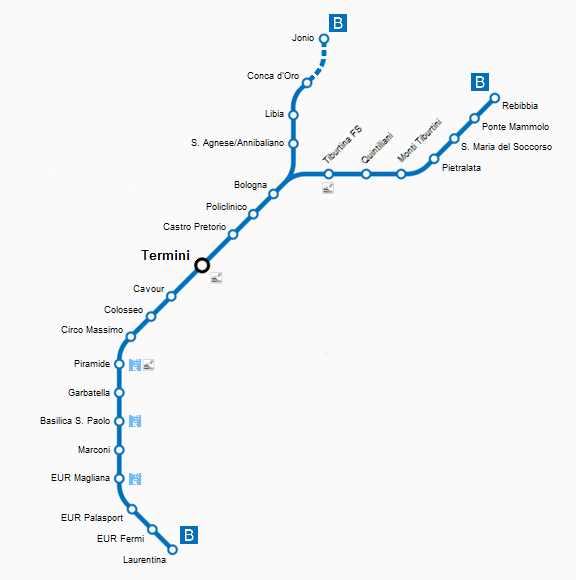 A crosses the line at the Termini railway station.
Along the line B are made 428 trips a day. The frequency during peak hours is a train every 4 minutes at other times down to a train every 5 or 6 minutes, with peaks of waiting arrive at most 10 minutes during less busy and it is estimated that daily transport more 300 000 passengers.
The line is entirely double track.