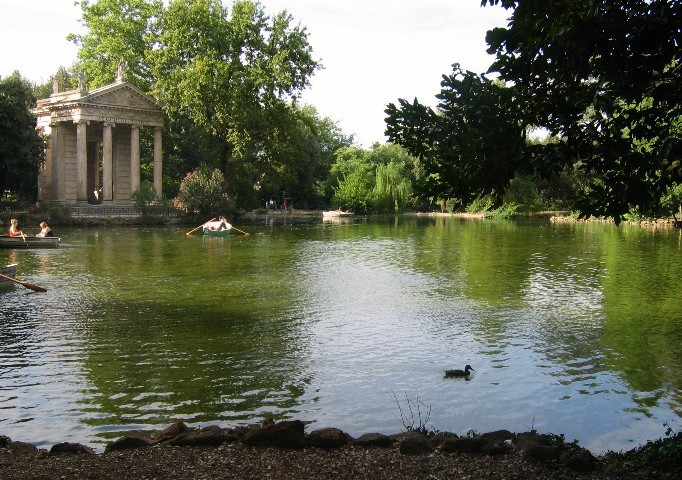 Rome is full of important villas, Parks and gardens, opening hours of the Gardens usually are: 7am – sunset.
Please find the openings of the Botanical Garden further down on this page. 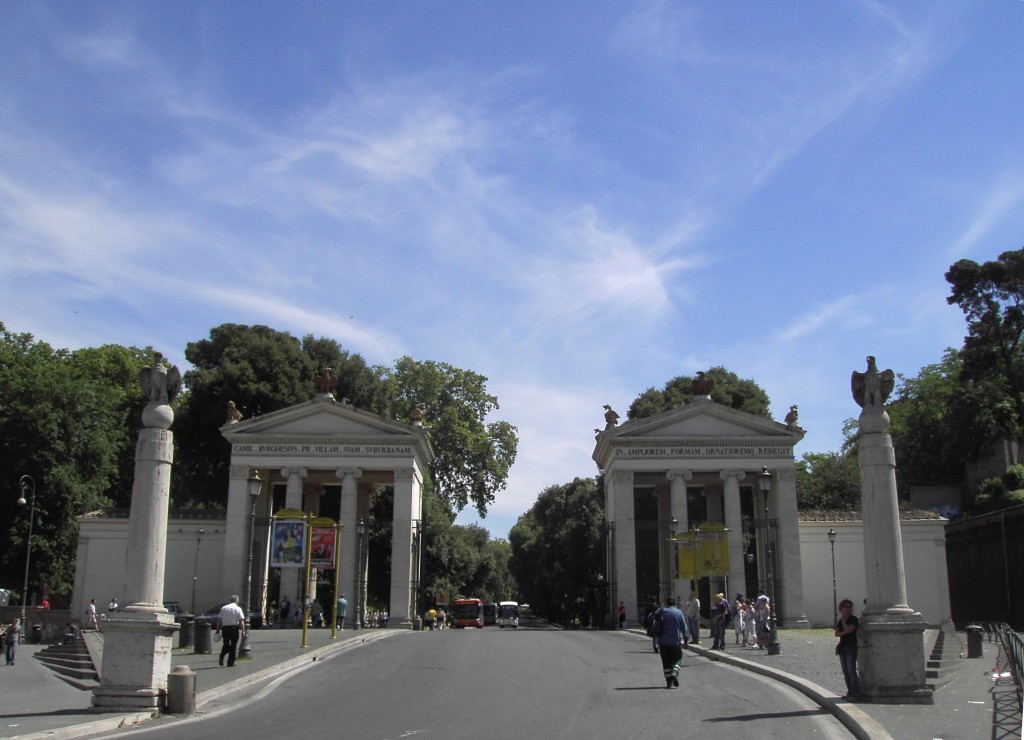 Caffarelli Borghese, Pope Paul V’s nephew, began purchasing the neighbouring lands intent on creating a “villa di delizie”.
The Villa’s first layout, assigned to architects Flaminio Ponzio andGiovanni Vasanzio, included, according to the classic tradition, a pars urbana and a pars rustica, divided in three “rings” . It remained thus until the 18th century.
The first ring was the most ostentatious, where the Casino Nobile, numerous statues and fountains and a “sylvan” garden are found.

The Borghese Family owned the oldest part of the Villa since 1580, but at the beginning of the seventeenth century Cardinal Scipione

The present Parco dei Daini corresponds to the second ring, a garden reserved for the prince.

The gallery houses one of the most beautiful collections in the world: included among the masterpieces, the very famous statue of Paolina Borghese by Canova, “Amor sacro e Amor profano” and “Venere che benda Amore” by Tiziano, the “Deposizione” by Raffaello, the splendid statues by Bernini, six of the best works of Caravaggio, “La caccia di Diana” by Domenichino, and the works of Perugino, Pinturicchio, Veronese, Rubens

(Lake Garden): one of the loveliest places in the park and a rare example of an English garden in the Roman area, rich with exotic plants such as banana trees and baldcypresses; in the centre of an artificial island, a temple was built dedicated to Aesculapius.
The famous Piazza di Siena every year in May hosts horse-jumping and carriage-racing competitions.

The nineteenth century is represented with works that range from the neoclassic period to purist and historical Romanticism, from the earliest Neapolitan Landscape Painting School to late Romanticism, up to Realism. 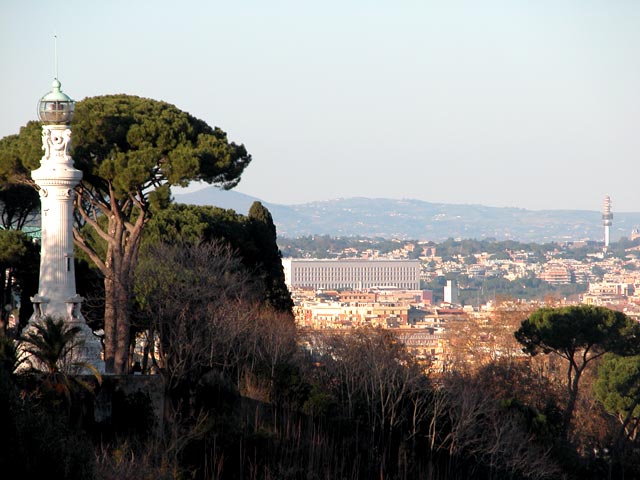 This villa has been built in the 16th century for the Dukes of Urbino, then acquired by Pope Clement VIII Aldobrandini it is now property of the Italian government and closed to the public.

The gardens, raised about 10mt above street level, however open daily.

Cardinal A. Farnese bought the ruins of Emperor Tiberius’s palace in the 16th century and commissioned Vignola to design the garden – this was one of the first botanical gardens in Europe.

Now a beautiful spot with tree-lined avenues and rose gardens 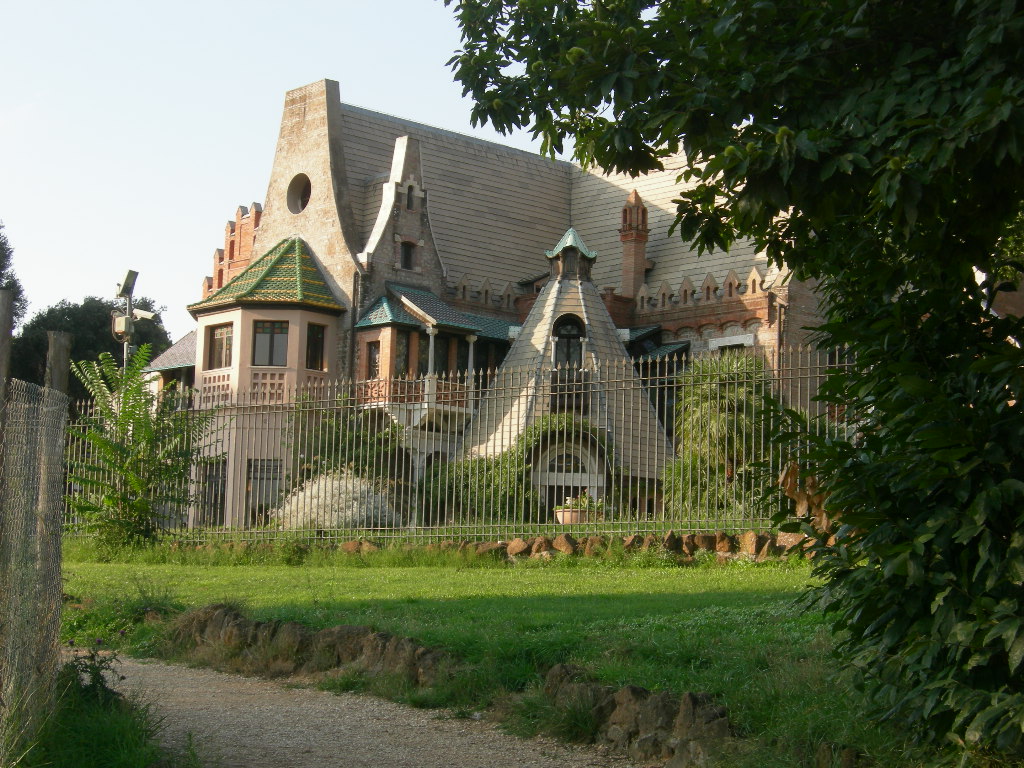 Built in the early 19th century by the architect Valadier.

Later on other portions of land were purchased in order to extend the park, which was landscaped by the garden architect A.Jappelli.

At the slopes of the Gianicolo – it was a nymph’s sanctuary in Roman times.

Paths through the park are decorated with statues of mythological figures, such as Apollo and Daphne and many fountains.

These gardens overlook P.zza del Popolo; designed in the early 19th century by the architect Valadier who also created the Piazza itself.

A favourite location with a stunning view for romantic walks on sundown.

One of the most important Italian botanical gardens for extension and number of species – more than 7000. Special itinerary for the blind.