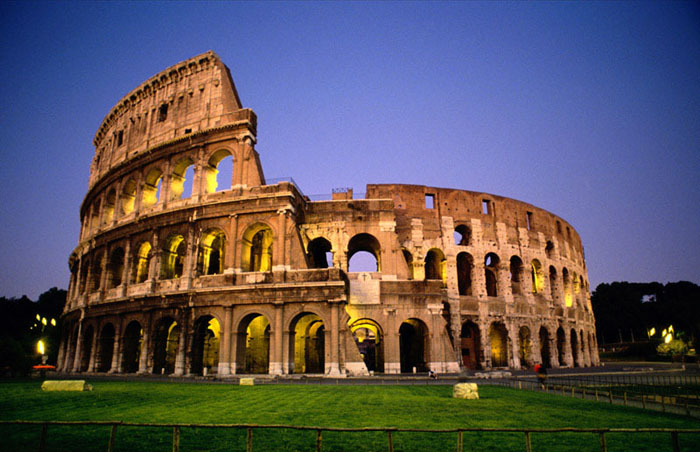 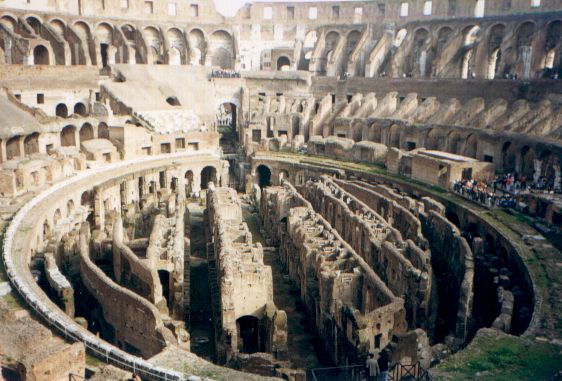 Soon the facility became the symbol of the imperial city, and the expression is represented in ideology celebration will come to define models for the amusement of the people. Today it is a symbol of the city and one of its major tourist attractions. It was used for the shows of gladiators and other public events. Clearly expresses the architectural concepts and construction of the first Roman Imperial Age, based respectively on the line and curve hugging offered by the elliptical and the complexity of building systems. Arches and vaults are linked together in a close structural relationship. The Colosseum Flavian Amphitheatre, as the entire historical center of Rome, the Holy See extraterritorial areas in Italy and the Basilica of St. Paul Outside the Walls, was listed as a World Heritage Site by UNESCO in 1980. In 2007, the complex is also been incorporated in the “new seven wonders of the world.” Construction began in 70 under the emperor Vespasian. The work was funded as other public works of the period, with the income tax provnciali loot and plunder of the temple in Jerusalem. The area chosen was a valley between the Velia, the Opium and the Celio hill, where he was an artificial lake dug by Nero for his Domus Aurea. This body of water was then held a series by Vespasian with a gesture of “reparative” against the policy of the “tyrant” Nero, who had usurped the public land. Vespasian made to divert the water supply for civilian use, he drained the lake and threw foundations, the more resistant the point where it should have been built in the “auditorium. Vespasian was able to see the first two floors and dedicate the building before his death. The building was the first major permanent amphitheater in Rome. Tito added, then the third and the fourth order of places and ushered in the amphitheater with a hundred days of games. Shortly after, the second son of Vespasian, the emperor Domitian, he worked several changes, completing the work. At the same time the amphitheater, some service buildings were built for the games: the “ludi” (places of training for the gladiators) and many others.