As Capri is a pearl of Naples’ Bay, Ponza shines like a jewel in the group of islands bit away from Rome; it is a wonderful area of just 30 square kilometres, suspended between legend and reality, nature and history.
Ponza is the main one of the Pontine islands, it is a true naturalistic place, paradise for the lovers of the see and the immersion, for the several presence of various relics, ancient and modern. 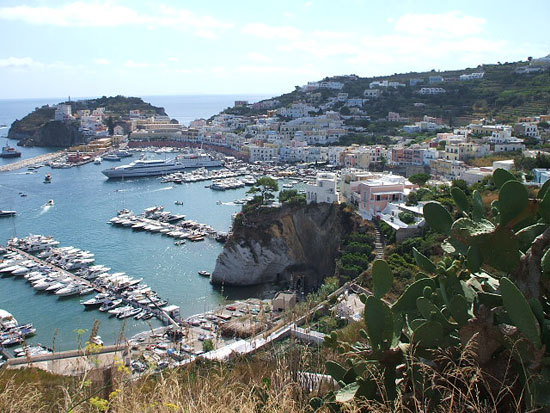 To live the magic island take a walk of discovery an ancient agrarian landscape and feel the full expressions of people that always live in a great big sense of hospitality keeping intact the beauties of those places. Enjoying some of the many beaches, for a bath in one of the most evocative atmospheres of the Mediterranean; surrounded by a sea, with its beautiful sea caves, his famous stacks, its magical and atmospheric inlets.
Discovering the magic island, that has been able to attract people with the call of the sirens, which according to Homer, they used to live in this sea. 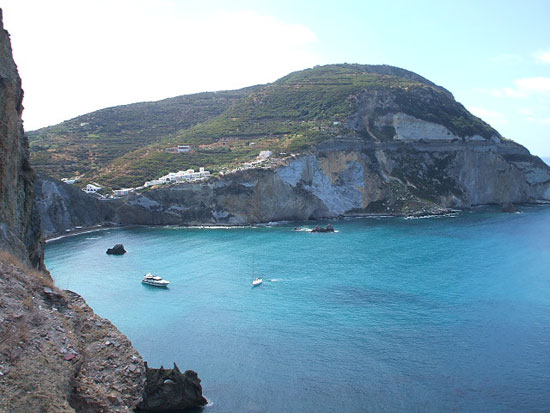 History and myth of Ponza Island

Ponza was a land visited by several tribes: the prehistoric man knew the seas around the island, as did the Phoenicians and Greeks, who after discovering Ischia, moved further West and came across Ventotene and Ponza. After them other tribes crossed these waters till the Roman times.
With Roman there was the improvement, because they took to the island technical organization, building towers, water cistern and other constructions: they started to organized the central of the town and, also, with them the Christian ages have begun.
One of the most famous among the people forcedly banished to Ponza and of whom by virtue of a combination of piety, fantasy and historic significance has resulted a lasting and vivid memory, is S. Silverio, the revered patron saint of the island. Elected Pope in 536, he was not popular with Emperor Justinian’s wife, Theodara, who stood up for Antimo, Patriarch of Constantinople, deposed for heresy, with S. Silverio accepting no compromise. Evidence against him of treachery was gathered and Theodora got him arrested and exiled to the island of Palmarola, where the Pope died on the 11th November 537. 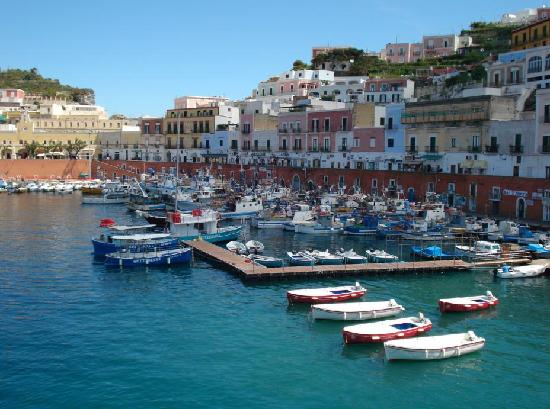 Historically, the island was named after Roman governor Pontius Pilate, the man who tried Jesus for heresy.
Ponza is a perfect mix between history and legend: according to the myth, Ponza was the Omero’ s land.
Omero’s legend says that Zeus sent Circe to govern the island, but she transformed men in pigs and women in mermaids. The mermaids sang in such a sweet way that mariners were inevitably attracted to the island. After the fall of Troy (1184 B.C.), the king of Ithaca, Ulysses, arrived to the island of Circe with his men. The men drank a poisoned drink and became pigs. Ulysses, too, drank that poison but he was protected by a herb given to him by Mercury. The Enchantress tried to conquer him using love, so Ulysses and Circe had a son, Telegono, an ancestor of Italo, the founder of Italy. Ulysses was still in love with his far wife, so he left Circe and went to Ithaca. But Telegono found him and killed him.
According to the legend, Homer chose the first name for this island: it was “Eea“, from “Eos“, that is sunrise.
Ponza is the ideal place to live history and magic
Ponza tour information visit Ponza useful advices 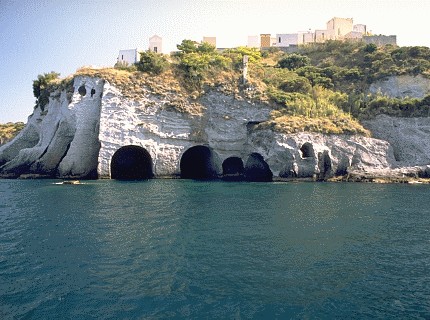