Rome Castel SantAngelo – Hadrian thought he couldn’t go wrong when he designed this new tomb for the emperors in 138, three years before his own death. He placed it on the uninhabited bank of the pestilential Tiber, where the imperial megalomania would cause no resentment, and he built it solidly to defend his memory against Time itself. Instead, his last resting place has seen more blood, treachery, and turmoil than any inRome; his ashes were still warm in the urn when Aurelian made it a bulwark in his walls, inaugurating its history as Rome’s chief citadel and dungeon. 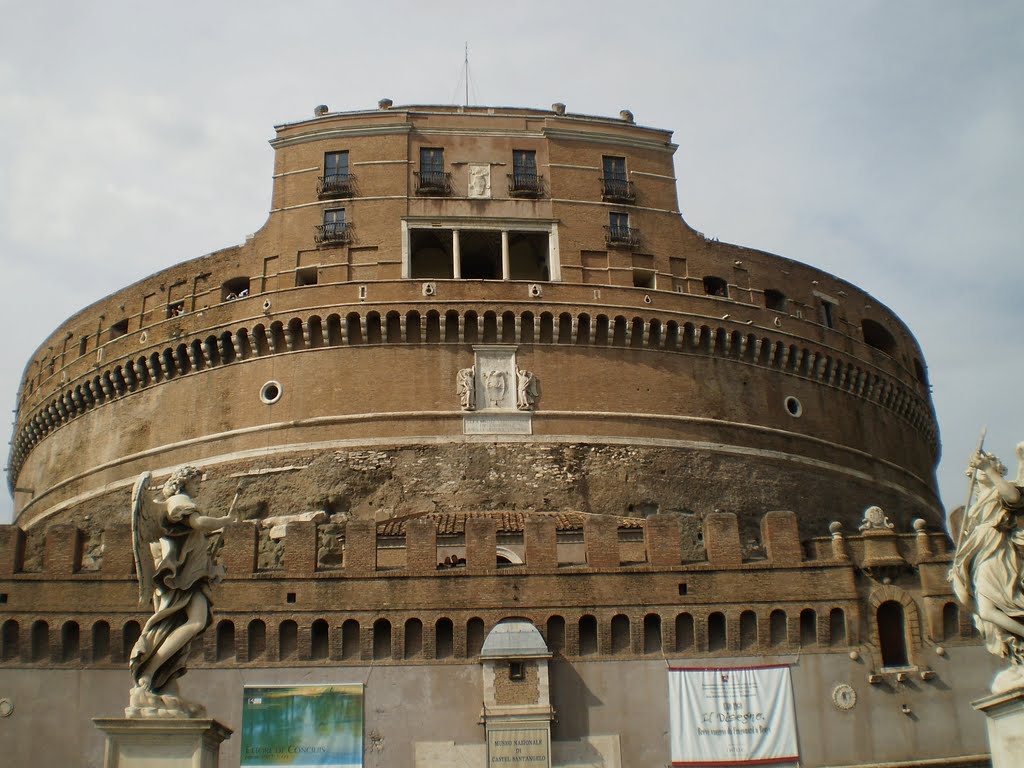 Hadrian’s Mausoleum original design harked back to Augustus’ Mausoleum, though on a paranoiac scale, consisting of a massive 89 m solid square base topped by a cylinder 64 m in diameter and 20 m high, made of travertine with a white Parian marble veneer.

Like a giant planter, cypresses grew out of its top, while al the very summit of the tower stood a gilded quad Riga driven by a colossal statue ofHadrian (now replaced by the bronze angel).

The emperor was a great art collector, and beautiful statues adorned the sides; Henceforth it was known as Castel Sant’Angelo,

Dark, too, is the history of Castle Sant’Angelo’s bridge Ponte Sant’Angelo, Hadrian’s Pons Aelius, built in 134 to link his Mausoleum tothe city (the three central arches are Hadrian’s, the other two were added with the Tiber Embankments).