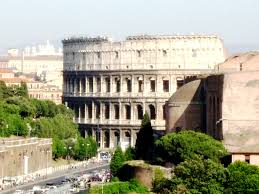 Rome Coliseum or Coliseum (Colosseo), originally the Flavian Amphitheatre (Latin: Amphitheatrum Flavium, italian Anfiteatro Flavio or Colosseo), is an elliptical amphitheatre in the centre of the city of Rome. It is one of the greatest works of Roman architecture and engineering. Yet the horrors it witnessed and the cruelty it accommodated make it a con­fusing place to visit. A few statistics to bear in mind while enjoying the remarkable views through its graceful arches and marveling at its survival over the centuries: The original circumference measured a third of a mile, its four-story mass supported by a ring of concrete 43 feet (13 meters) high, sunk into the marshy bed of a lake reclaimed from Nero’s garden. 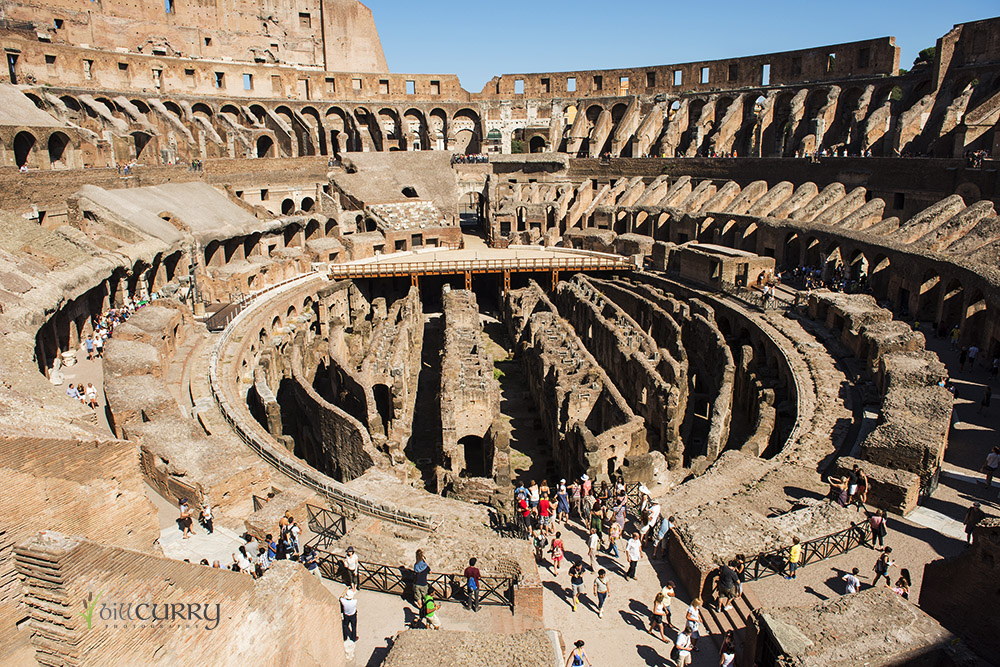 Streaming through 76 numbered entrances, 50,000 spectators could make their way to their seats in 10 minutes-and dis­perse as quickly at the end of a day’s entertainment. Built by Jewish slaves in the wake of a failed revolt, the stadium was inaugurated for the people’s pleasure with a daylong slaughter of 5,000 animals, one dispatched every 10 seconds, and made pleasant by means of retractable awnings, unfurled by sailors from the imperial navy, who also manned the galleys in mock sea battles. Women were restricted to the uppermost levels, except for the Vestal Virgins, who had places of honor close to the emperor and were helped to passageways known as vomitoria as needed. Rome Coliseum official guided tours