Rome Navona square – The Piazza has its lengthened shape because it resamples the route of aRoman stadium here built by emperor Domitian.Piazza Navona (Navona square)  is  one  of  the  most  ancient  and full of history places in Rome. Unlike amphitheatres as Colosseum,in the stadiums were not heldgladiators fights but sports competitions on the model of Greek Olimpyc games. Anyone hoping to pay a quiet visit to Piazza Navona should arrive with the sun. From 9 A.M. to midnight, the 900-foot­long piazza-which follows the outline of theCircus Agonalis built by Domitianand was flooded for mock battles into the 19th c.-is thronged with vendors, portrait artists, and picture snapping tourists who tend to crowd the view of the main attraction,Bernini’s Fountain of the Four Rivers . 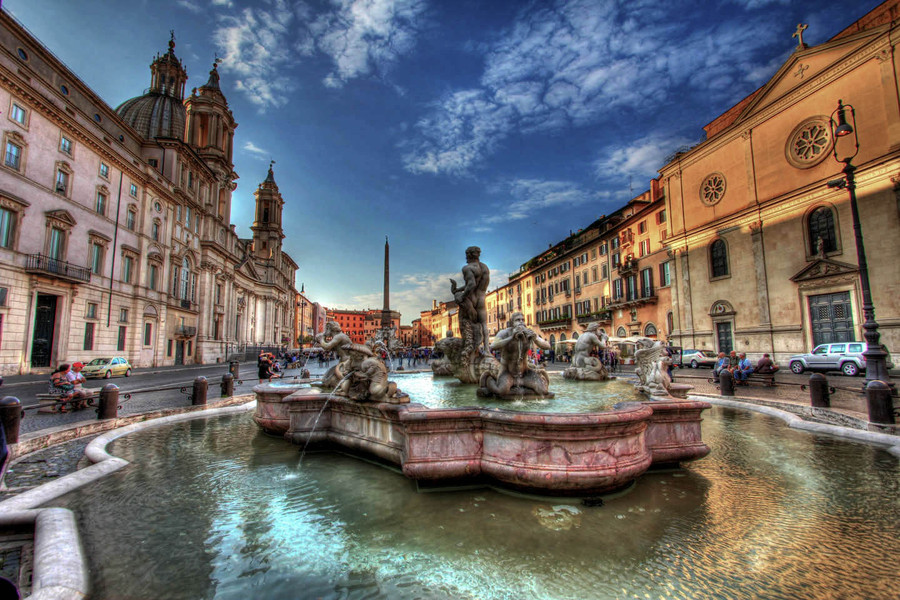 The four rivers anthropologically depicted-the Nile, the Ganges, theDanube, and the Rio de la PIata-represent the four corners of the earth targeted for conversion by the Counterreformation Church. 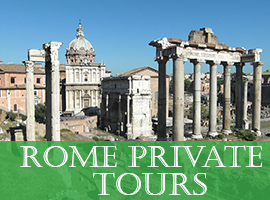 Commissioned by Pope Innocent X in 1645, in a bid to outdo his Barberinipredecessor, the fantastic confection was paid for with a despised tax on bread. The obelisk rising from its center, topped with the Pamphilj symbol, a dove, once stood beside Domitian’s Temple of Isis. Innocent then hired Borromini, Bernini’s great rival, to redo the facade of the adjacent S. Agnese in Agone.

Although the 3rd-c. Agnes suffered agonies aplenty-stripped naked before a howling crowd in a brothel that stood on this spot before she was burned, beheaded, or stabbed to death (accounts vary)-the name refers not to her martyrdom, but to the athletes (agone) of the ancient Circus. Next door is the Palazzo Pamphilj , now the Brazilian Embassy, and at the foot of the piazza sits the sprawling 18th-c. Palazzo Braschi, the last palace built in Rome for the family of a pope. 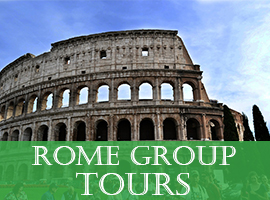