Opening hours of the Gardens usually are: 7am  sunset Please find the openings of the Botanical Garden further down on this page.   [divide style=”2″] 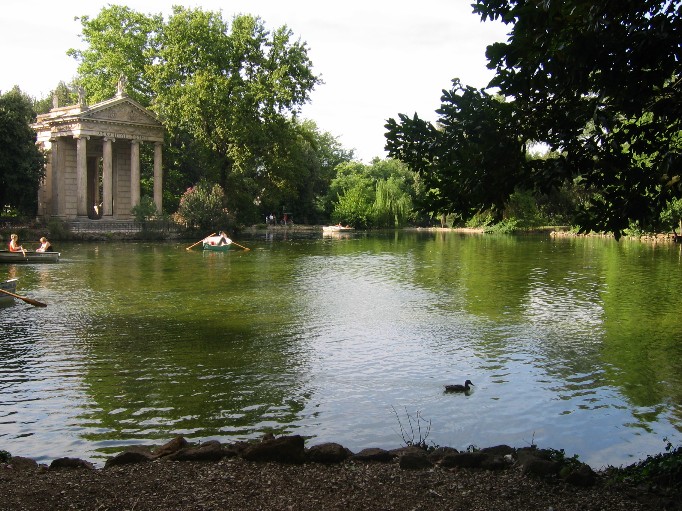 The present Parco dei Daini corresponds to the second ring, a garden reserved for the prince.The Borghese Family owned the oldest part of the Villa since 1580, but at the beginning of the seventeenth century Cardinal Scipione Caffarelli Borghese, Pope Paul V’s nephew, began purchasing the neighbouring lands intent on creating a “villa di delizie“. The Villa’s first layout, assigned to architects Flaminio Ponzio and Giovanni Vasanzio, included, according to the classic tradition, a pars urbana and a pars rustica, divided in three “rings” . It remained thus until the 18th century. The first ring was the most ostentatious, where the Casino Nobile, numerous statues and fountains and a “sylvan” garden are found.

The third ring was the countryside, the broadest and vastest part, that suffered the majority of alterations over time. At the end of the 18th century, Prince Marcantonio IV fostered a general renovation of the Villa, which involved the design of new furnishings and the transformation of the seventeenth century buildings, employing architects Antonio and Mario Asprucci and various artists.

At the beginning of the 19th century the Villa was expanded with new purchases: Villa Giustiniani and other minor villas, near Porta del Popolo, and the former Villas Doria and Manfroni, near Porta Pinciana. Luigi Canina’s work combined the new properties and bestowed the Villa with a new layout with numerous small eclectically and neoclassical inspired buildings. The villa entered a new phase when it was purchased by the State (1901) and later transferred to the Municipality of Rome.

The gallery houses one of the most beautiful collections in the world: included among the masterpieces, the very famous statue of Paolina Borghese by Canova, “Amor sacro e Amor profano” and “Venere che benda Amore” by Tiziano, the “Deposizione” by Raffaello, the splendid statues by Bernini, six of the best works of Caravaggio, “La caccia di Diana” by Domenichino, and the works of Perugino, Pinturicchio, Veronese, Rubens [divide style=”2″]

(Lake Garden): one of the loveliest places in the park and a rare example of an English garden in the Roman area, rich with exotic plants such as banana trees and baldcypresses; in the centre of an artificial island, a temple was built dedicated to Aesculapius. The famous Piazza di Siena every year in May hosts horse-jumping and carriage-racing competitions. 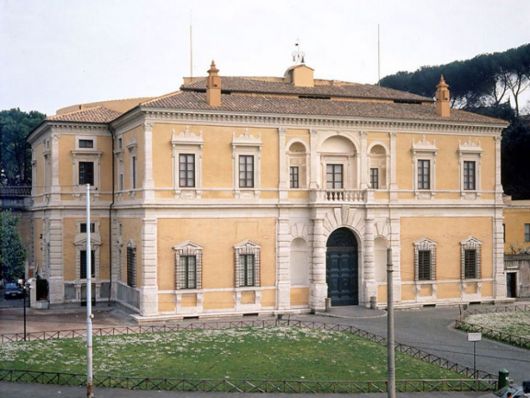 The museum’s collection, ordered by geographical area, includes some masterpieces of ancient Etruria, such as the Sarcophagus of the Cerveteri newlyweds (VI century B.C.) and the statue of Apollo of Veio (VI century B.C.) and also prestigious historical collections such as the Castellani, rich with pottery, bronzes and famous jewellery. Recent building renovations have opened a new exhibition area on the main floor where antiquity from Pyrgi are on display.(Lake Garden): one of the loveliest places in the park and a rare example of an English garden in the Roman area, rich with exotic plants such as banana trees and baldcypresses; in the centre of an artificial island, a temple was built dedicated to Aesculapius. The famous Piazza di Siena every year in May hosts horse-jumping and carriage-racing competitions.

The nineteenth century is represented with works that range from the neoclassic period to purist and historical Romanticism, from the earliest Neapolitan Landscape Painting School to late Romanticism, up to Realism.The gallery houses XIX and XX century artwork and sculptures, produced mainly by Italian artists and with a few European works including: Coubert, Van Gogh, Degas, Monet, Cezanne, Klimt. 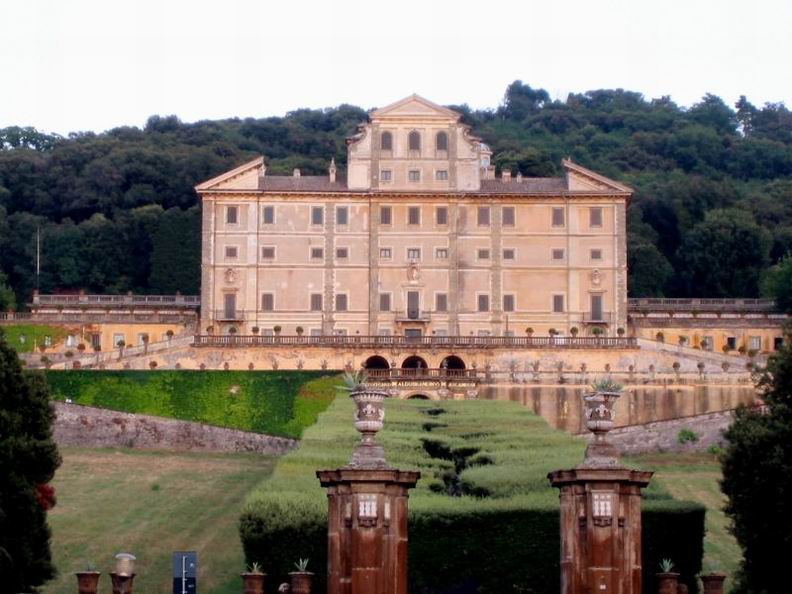 The gardens, raised about 10mt above street level, however open daily.This villa has been built in the 16th century for the Dukes of Urbino, then acquired by Pope Clement VIII Aldobrandini it is now property of the Italian government and closed to the public.